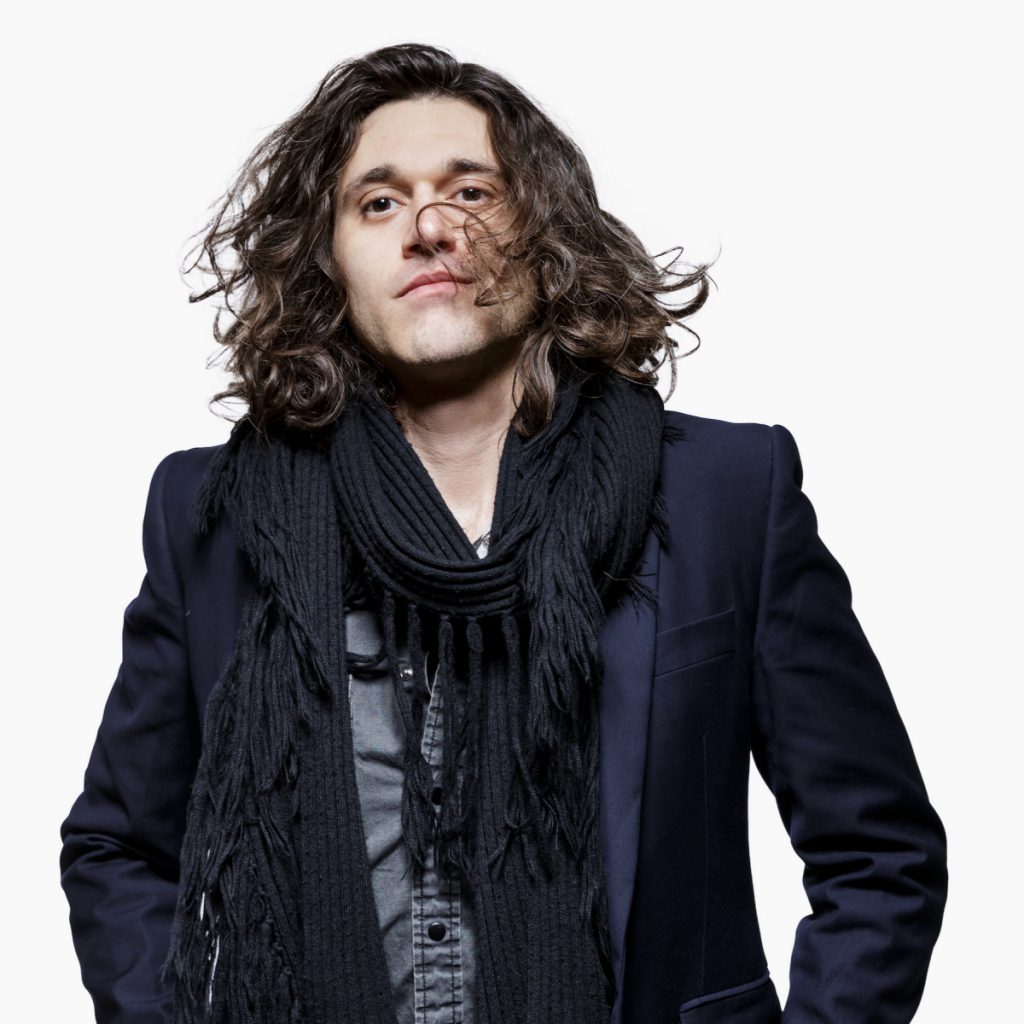 Lucas Hnath is a bright, talented, and innovative writer. With several coveted awards to his name, including the Steinberg Playwright Award and the Whiting Award, he stands out as a singular voice in the American Theatre. Most recently, Hnath made his Broadway debut with his play, A Doll’s House, Part 2, which received eight Tony Award nominations, including one for Best Play. As prolific as he is daring, it is somewhat surprising that his path to playwriting was not a direct one.

Hnath grew up in Orlando, Florida, just minutes from Disney World. He was transfixed by the magic of this world-renowned entertainment resort and credits it with inspiring his passion for theatre. If the world of The Christians feels intimately drawn, it may have to do with the fact that he grew up in an evangelical church. His early education took place in Christian schools and he volunteered for the youth ministry. What’s more, he joined his mother for her seminary classes.

Hnath studied medicine and then theatre at New York University, where he is now an assistant professor in the Department of Dramatic Writing. It was during this time that he discovered the work of avant garde 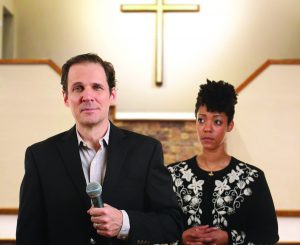 artists Caryl Churchill, Sam Shepard, David Greenspan, Adrienne Kennedy, and Richard Foreman. Undoubtedly, these early influences can be seen in his approach to character development, plot, and the dramatic form.

With The Christians, we spend time in deep contemplation with the characters as we learn about their motivations, thought processes, and the consequences of their actions. Hnath also takes a focused, meticulous approach to crafting an experience that will open the audience up to a visceral response.

I’m interested in not giving the audience that breath at the end. If the play doesn’t do it, it’s making the audience contribute something. Or they check out. It’s a risk. I do like to be withholding with the plays-if the audience has to work a little harder, there’s a greater likelihood that they’ll have some investment that extends their involvement in the thing.
Lucas Hnath, American Theatre Magazine

Nowhere is done with greater skill and mastery than in The Christians, a remarkable play about faith and religion.

In this play, we meet a group of people in conflict. The leader of this community, the caretaker of their souls, asks a powerful question, a question that cracks open their foundation and shifts their understanding of the world. Something they once understood to be true is now put in jeopardy and they are left to wrestle with this new understanding. The sincerity of this struggle is deeply moving, respectful, and profound.

With beauty and great eloquence, The Christians also speaks to difference and examines how we respond to what divides us. The characters are asked to consider, with real consequences, what happens when those you love, those you hold dearest in the world, believe something fundamentally different from you. Given the politics of today, the fact we are such a divided nation, it is a gift to experience a play that has the capacity to show us a way forward together.

After all, this is the part of the magic and power of theatre. Hnath believes that “a church is a place where people go to see something that is very difficult to see. A place where the invisible is—at least for a moment—made visible. The theatre can be that too.” This is what drives PlayMakers Repertory Company, and we are pleased to share this brilliant, bold, and thoughtful-provoking play with all of you.

Jacqueline Lawton is a dramaturg at PlayMakers Repertory Company and an assistant professor in the Department of Dramatic Art at UNC-Chapel Hill. The Christians is on stage from Feb 1–Mar 10. #RepTheRep and get your tickets today!