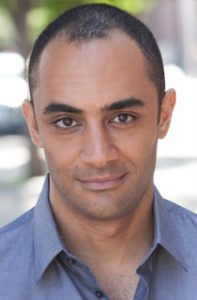 Director Saheem Ali is making his debut at PlayMakers, and oh, are we excited!

After working at numerous theatres across the country, Ali is bringing his artistic talent to PlayMakers in the upcoming production of Molière’s Tartuffe, in a dynamic new adaptation by David Ball.

“Sometimes you choose a play and sometimes a play chooses you. And this play chose me.”
Saheem Ali

Ali tends to read through plays with a deeply analytical eye. “I’m always reading plays that way because somehow I’m part of the process,” he commented. With this play, he noted that because the production isn’t a brand-new development, it was easier for him to divert away from his usual reading tactics. “It was nice to sit back and let the play take me away and not worry about what the machinations were.”

To Ali, interpreting the deeper, long-lasting meaning of characters’ relationships is key to creating great theatre.

“I’ve thought a lot about Tartuffe’s existence over the centuries and how and why this piece still speaks to us.”

These interpretations require some work, though, and Ali’s asking all of the tough questions. “I’ve just really been interested in a sense of play, a sense of abandon, a question of the truth and veracity…these kind of heavy words that have layered meaning in terms of who you are and what you believe.”

Ali’s unique interpretation of Moliere’s Tartuffe can be found in all aspects of the production, from the scenery to costume design. Even the furniture is meant to make a pious religious statement! 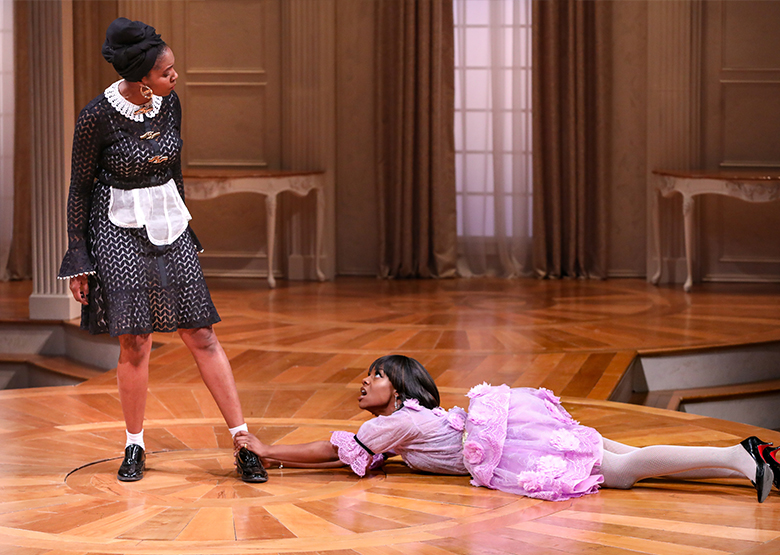 He has also made it clear that he doesn’t want to think of the production as a period piece that compartmentalizes its characters’ dress, actions, and feelings. “That version has been done and done well,” Ali told us. “I’m interested in observing the person who is hidden, in a theatrical sense.”

One of the most critical ways Ali has steered the production away from being a period piece is through costume design. “He wanted us to create a world of our own, something that was not firmly set in the 17th century when Moliere wrote Tartuffe, but was evocative of the Baroque period,” said costume designer Anne Kennedy. “I wanted to explore with Saheem how far to take it and how much to pull back.” 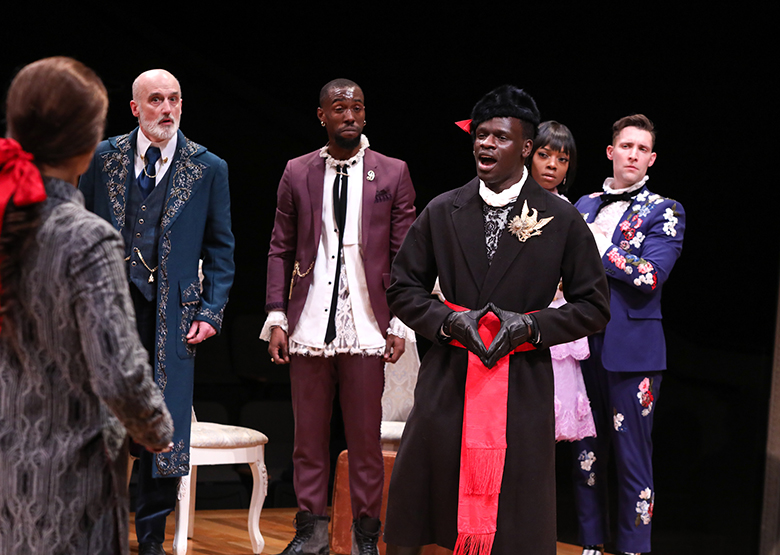 “I kept coming back to the idea of ‘distorted period,'” Ali mentioned when discussing the costumes of Tartuffe. Ali hopes that the characters’ dress brings about a certain type of ambiguity that transcends periods. “It’s somewhere in the past, could be somewhere in the present, but you can’t quite put your finger on it.”

What will be very apparent in Ali’s production, however, is the comedy. “Even now at the table read, the comedy existed. All you have to as an actor is affirm what your version of truth is, how you see the world. As long as you do that, comedy just arrives.”

Laugh your way through Tartuffe all month long! On stage through March 11. Get your tickets today.