We’ve asked some SYC students to share their experiences this summer. First up is Violet cast member Connor Lewis. 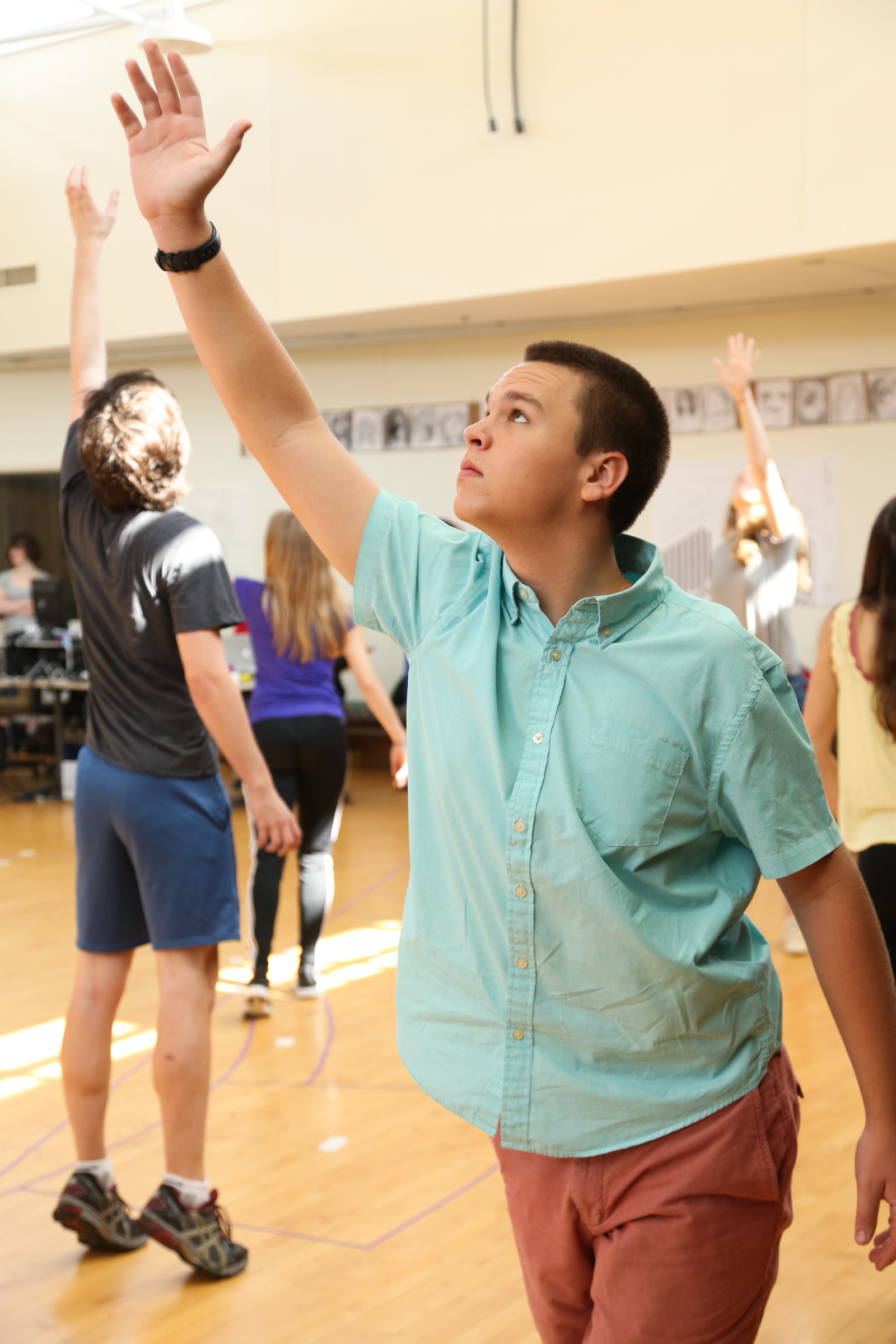 Week 1:
My name is Connor Lewis. I’m 16 years old and I play Violet’s Father in the show. We’re in the first week of rehearsals. This is my first year participating in SYC and it’s been like nothing I’ve ever done before. The amount of professionalism and dedication from the entire cast and crew is staggering. Even on the first day you get thrown into everything; like company work (which is my absolute favorite). Our director (Matt Steffens) just tells us to start walking the room and fill the negative space within the room. Then he’ll tell us to “change focus” or calls out “levels,” which is when we all chose a direction with just our head to sharply focus to, or when we move our bodies in different directions. It’s a beautiful thing to watch, like he’s conducting an orchestra of movement. By the time that was done we weren’t even a half hour into the day, but I could already feel that I’d gotten myself into something amazing. 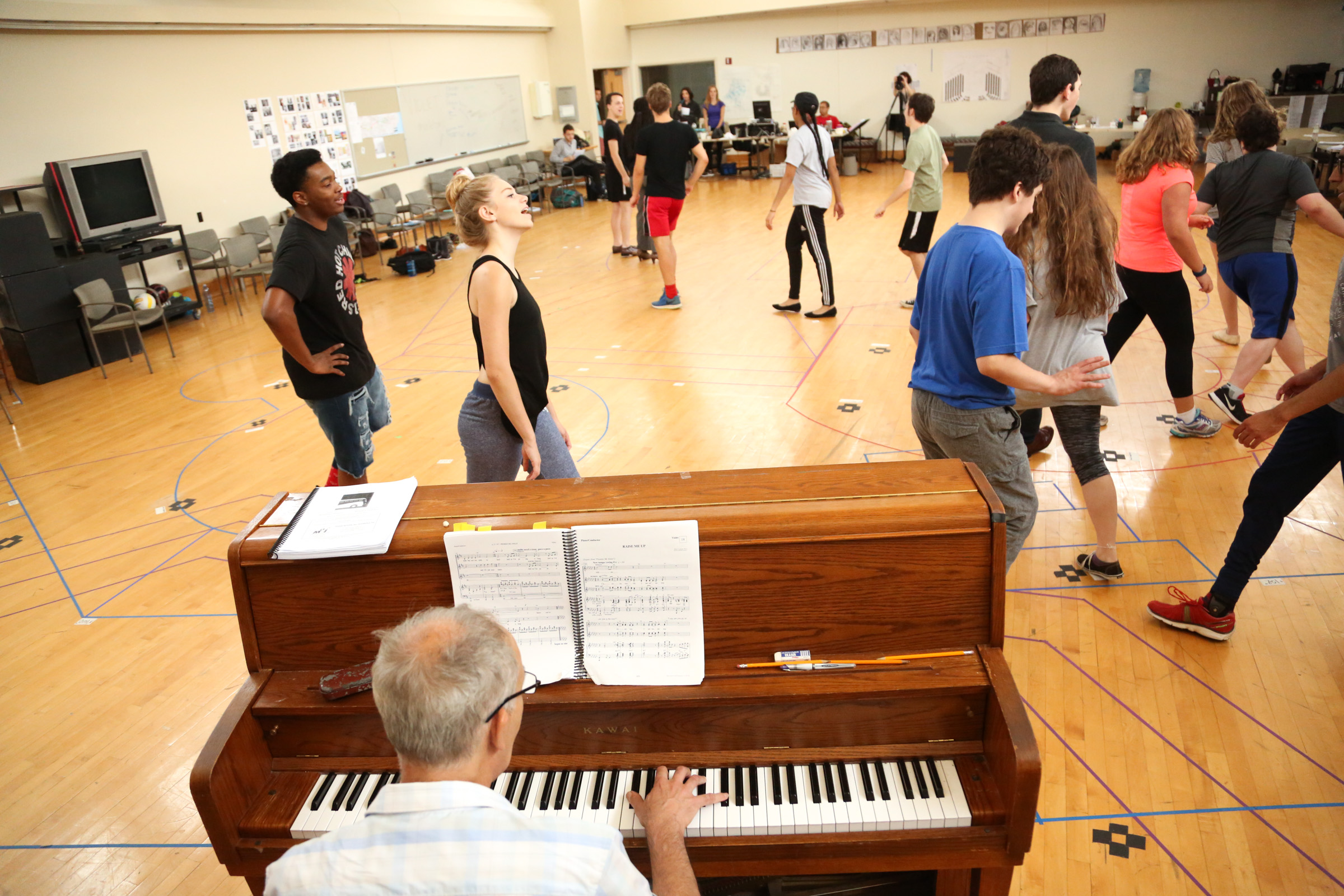 Week 2:
We’ve been working hard on tackling the songs and learning all our different harmonies and cues. Matt, the director, pulled Lili [Whittier], who plays Young Vi, and me outside and had us run our first scene together. He treats the character unlike any director I’ve ever worked with. His philosophy is anything that goes on stage needs to be purposeful, not a single step or word or breath isn’t influenced by something that’s happened in your character’s past. When we aren’t working on the show, we’re all getting to know each other. We eat lunch together everyday and talk about what school we’re from, how long we’ve been doing theatre, etc…. I’ve made some really great friends. We’ve even gone out to dinner with each other after practice and sometimes we get together and spend the night at someone’s house (which as you can imagine consists mostly of singing show tunes).

Week 3:
It’s the third week and we’ve started running the whole show, adding blocking and choreography as we go. Amazing how quickly it’s coming together. Everyone has confidence in the show being great, but that doesn’t mean we don’t work twice as hard to make sure that everything is perfect. With the tragedies that have happened around the world recently, Matt pulled us all together one morning and just talked to us. It wasn’t like a director talking to an actor, but a human talking to another human. We shared our feelings and insecurities. He allowed us to speak about whatever makes us scared or insanely angry. But he also kept the tone of the room safe and calm. It was a moment of total connection through the whole cast. It didn’t just help us stand together on stage, but also support one another off it. 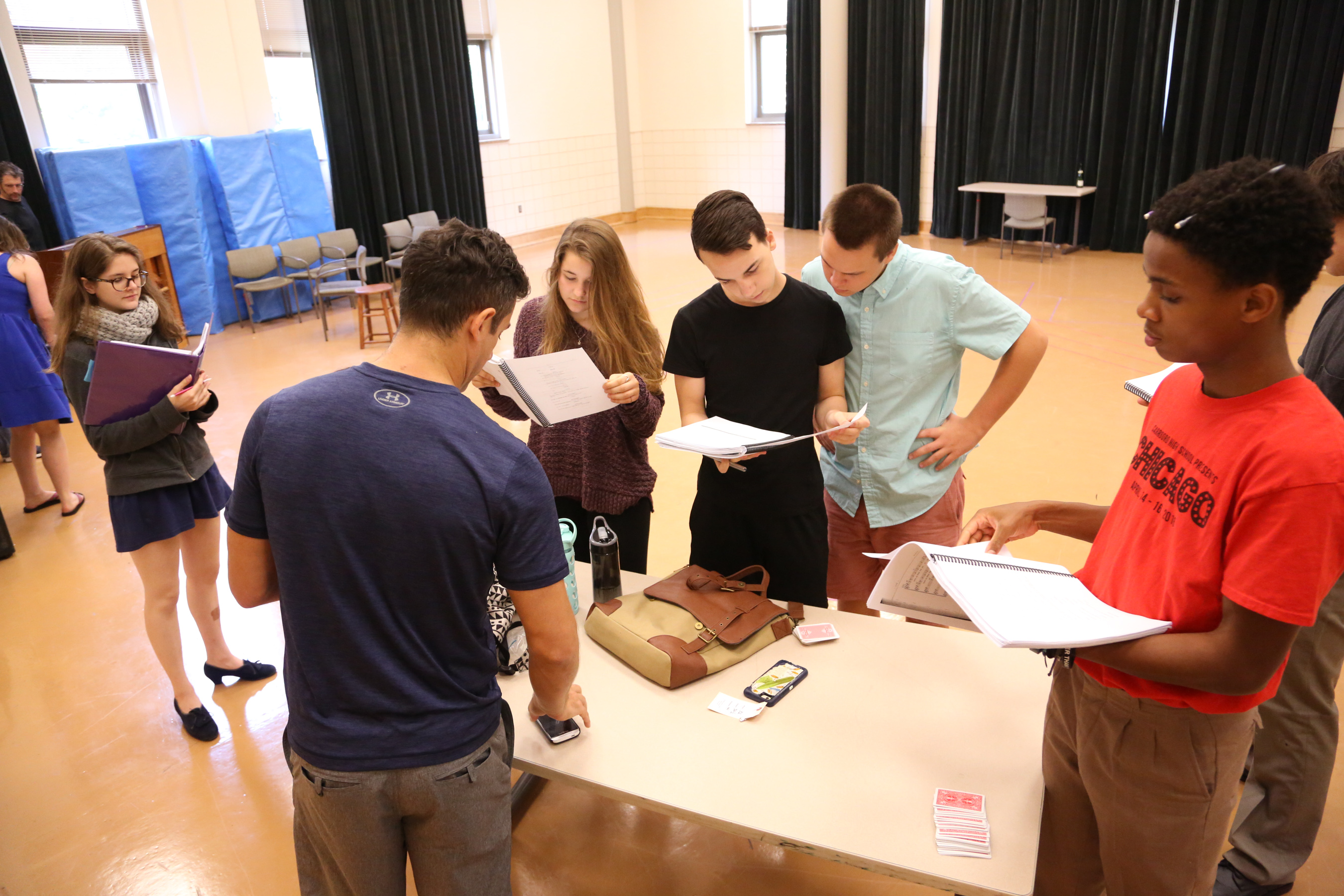 Week 4:
Connor once again (ya just can’t get rid of me) and we are now in the fourth week. We are finally on the set and it’s amazing!!! The platforms and passageways and catwalk all blend together perfectly. And a beautiful background painted by the tech crew, who I am so thankful for. It’s such a fun playground that we get to use to cement our story. I’ve been working a lot with Lili and there’s a moment where I have to carry her in my arms. This show has made me the healthiest I’ve been in months because I truly don’t want to let anyone down (literally in Lili’s case). A friend of mine has a list of things that if I do them they equal a certain amount of push-ups. For instance, singing spontaneously is 7 push-ups (that one gets me the most). This show has made me look so deep into who I am as the Father. It’s pushed me so deep that I’ve created an entire life for him. The sad moments no longer feel like “I need to act sad here” but instead feeling completely vulnerable. Same goes with the happy parts. I am so in love with the cast and crew and story. I hope you will be too. Come see us in Violet!!! 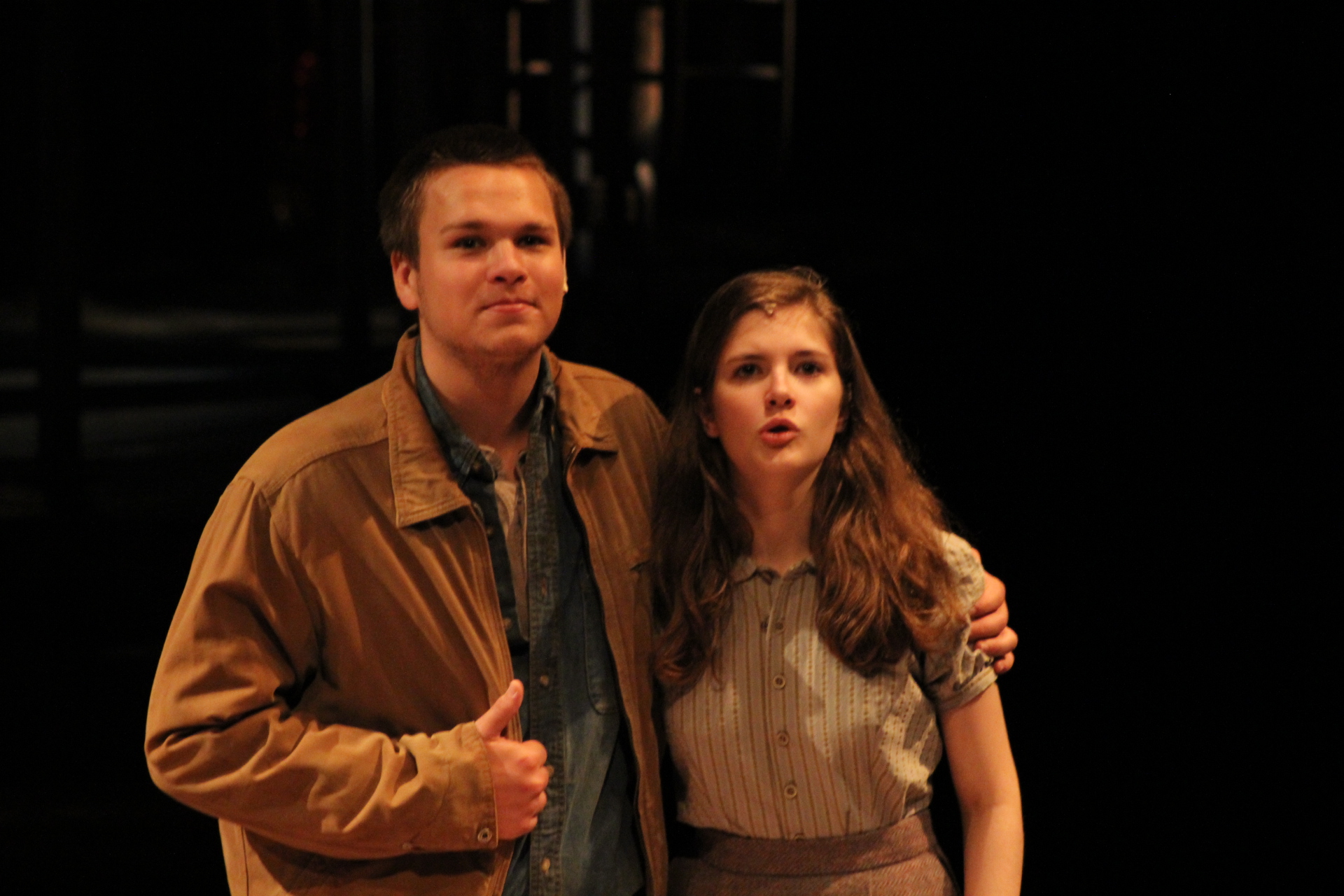 Photo above by Charles K. Bayang. All other photos by HuthPhoto.