When Bill Brewer served up “gloriously epic” costume designs for Sweeney Todd, PlayMakers’ costume shop delivered. Longtime PlayMakers Costume Director Judy Adamson leads a talented team of professionals and students to create the stunning looks we see onstage for all of our productions. For a show like Sweeney Todd with its large cast, multiple costume changes, and specific and challenging designs, the charge is especially great. Each costume is assigned a draper, a patternmaker that uses a variety of techniques to turn a Costume Designer’s rendering into a fully realized, wearable garment. According to Assistant Costume Director Jennifer Guadagno, costume production for Sweeney Todd took a total of 1469.25 hours! 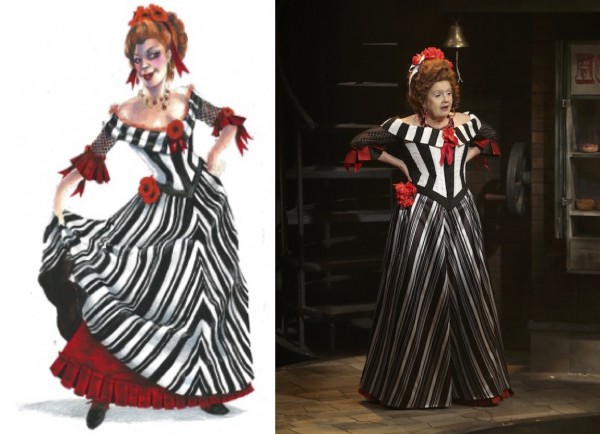 Among the most complicated looks to achieve was Mrs. Lovett’s bold striped gown at the top of Act II. As Mrs. L tastes success for the first time, this dress had to be the ultimate statement of her dream look for herself. The ensemble, right down to the fabric itself, needed to be made-to-order. Check out Costume Craftsperson Rachel Pollock’s behind-the-scenes peek at creating the materials here.

Here are more glimpses of the costumes of Sweeney Todd… 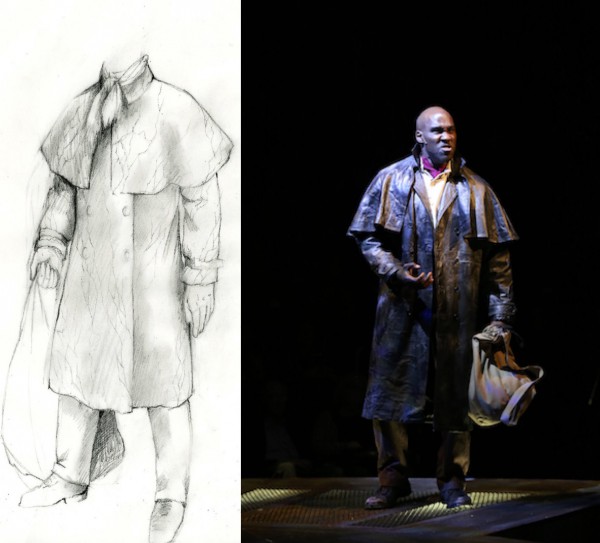 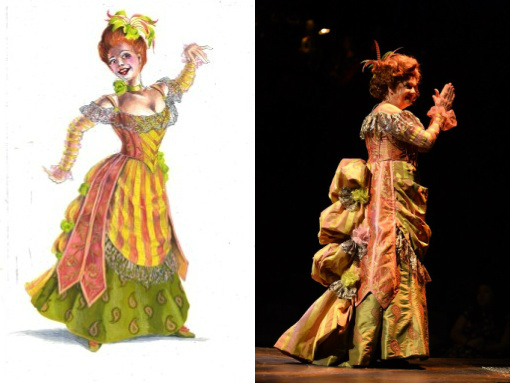 Another of Brewer’s sketches for Mrs. Lovett as played by Annie Golden. Draper: Katie Keener. Photo by Jon Gardiner. 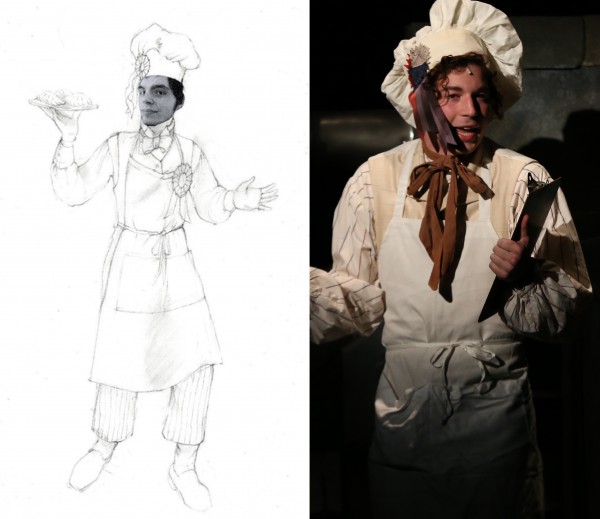 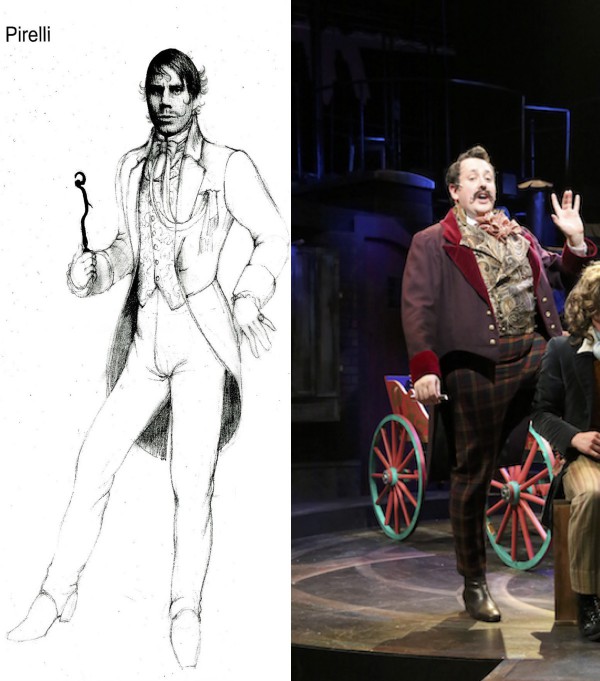 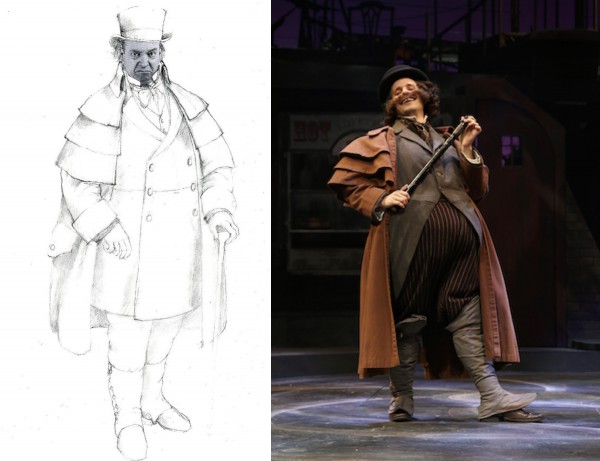 Experience the stylish side of Sweeney Todd onstage now until April 23rd.