How I Learned to Drive is among the most important plays of the last 50 years. It’s also one of the most excellently crafted. This play ventures into the uncomfortable, even explosive areas of pedophilia, molestation, and hyper-sexualization, but its chief confrontation is with the Nemesis in whose shadow these diseases ferment—our Patriarchy. The play’s method of confrontation is gentle, startling, raucous, funny, devastating, and intimate.

“Sometimes to tell a secret, you first have to teach a lesson.”

With this enigmatic line, the play begins. There are a variety of lenses through which we may see what follows. For one, it is a survivor story. Having premiered in 1997, it anticipated the “Me Too” movement and the surge of women standing up and sharing their experiences that range from sexual abuse to inappropriate comments in the workplace. Our central character, whom we know as Li’l Bit, appears before us as a grown woman, ready to share her story of decades past, when she was a teen coming up in 1960s rural Maryland. She frames this story euphemistically—How I Learned to Drive.

Li’l Bit’s narrative is delivered carefully, gradually—using flashbacks that are out-of-sequence, indeed that move mainly backward in time, as if the older memories are more remote or more difficult to share. While such a nonchronological sequence of plot may seem counterintuitive for a play, it mirrors the retrospective manner of story revelation in that most classic of plots, Oedipus Rex.

The content of Li’l Bit’s account is extraordinary in its nuance. It portrays the depths of love and hurt, of tenderness and transgression, that can come from our earliest and closest relationships. It aches as a bittersweet testimony to ambivalent legacies.

Li’l Bit was raised in a highly sexualized family. In a satirical vein, her family is a microcosm of a society bent on sexual objectification, as well as other symptoms of that oddly American mashup of prurience and puritanism. In other ways, the family is less presentational, and more realistic—especially when it comes to codes of silence, denial, and female-blaming, where male sexual desire is seen as an incessant force with women as the necessary gatekeepers.

Raised in such a family, young Li’l Bit is vulnerable not just to transgressive advances, but also to adopting a value system in which she feels herself simply here on earth to fulfill a sexual role. As is true with many women, internalizing such a value system could deeply affect her own maturation and the health of future relationships.

The allure of Melodrama

Survivor stories are not typically depicted in nuanced ways in our popular culture. We like to fit them into the frame of Melodrama, where our unbounded sympathy is elicited for the survivor and our outrage stoked at the individual in the lineup most resembling a perpetrator. We then cry out for a hero to save the “victim.” We search for an authority figure—a policeman, a lawyer, a father. Think of the insatiable popular appetite for cop shows on prime-time TV and for vigilante fathers in Hollywood movies. It’s as if the collective consciousness were so inflamed about the deep systemic injustice in our society that we reflexively seek relief in the illusory promise of narrative pap. 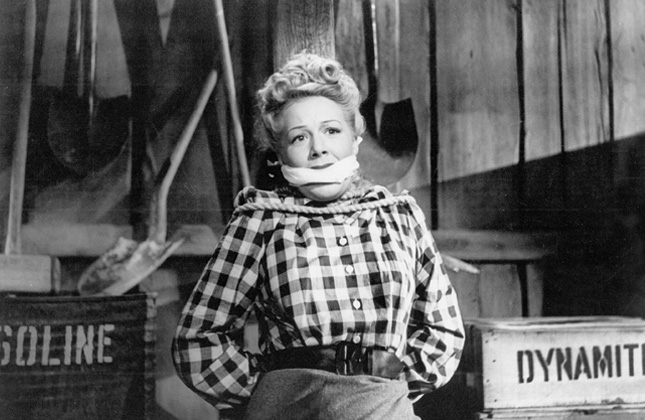 Melodrama places agency—the capacity for choice and the power to act on that choice—in the hands of the villain and the hero alone, while insisting that the victim is just as blameless as she is powerless. It therefore reasserts a black-and-white understanding of any social issues encountered, implying the reason for the victimization lies essentially in the aberrant perpetrator—an outlier who must be neutralized—and not in the social structure or its values. To frame a story as a melodrama is to rouse up emotions not for social change, but as a way to reinforce simple morality and the societal status quo. This may explain its perennial charm with the middle class, beneficiaries of the paternalistic status quo.

How I Learned to Drive eschews such black-and-white thinking, and so the eye of the audience member’s conscience—if atrophied by lack of narrative care—may start darting about, seeking any diversion or escape from the gaping moral ambiguity. Be warned: there is no policeman coming to the door here. Li’l Bit will have to find her own way to the door.

Another lens through which we can see this play is the “coming of age” story. This form emphasizes that time in life when change is rapid, turbulent, and impactful. Here, Li’l Bit highlights the time of her life from age 11 through 18—basically, the full length of adolescence, when character is formed and agency is developing, when decisions are made that will set the course of a lifetime. Sexuality is the great discovery of adolescence, ranking among the ultimate expressions of a burgeoning agency. The ready metaphor is that of driving—or more specifically, learning to drive.

In a 1997 interview on PBS, playwright Paula Vogel described the play as “a love story about good people who cross the lines and get confused.” This notion might be confounding to some given the nature and origin of the central relationship. In another interview, she enlarged on this explanation: “It is a love story, although it’s a little disturbing, a little off. And I think everyone is familiar with that experience, whether it’s a crush on a teacher, a student, or a priest.” The examples of “crushes” she gives highlight relationships where there may well be love, but where sexual manifestation can be harmful and even devastating.

The playwright dispels the notion that the story is autobiographical. Li’l Bit’s experience is not hers, but rather an amalgamation of many other people’s stories. On a retreat in Alaska, Vogel took only two weeks to write the play. “It poured out of me. I felt in love with these characters. I felt on a kind of…like a high all the time. I wrote all night long.” The setting was the Maryland of her childhood, and the memories of driving those rural roads, while she was isolated in Juneau without a car and without roads, rekindled her love for driving.

Perhaps the most eye-opening lens through which we can see How I Learned to Drive is that of Feminist Drama. When Feminism and Drama mix, some of the results may be self-evident—for example, hiring more women directors, as PlayMakers is now doing. In terms of the content and structure of a script, Feminist Drama seeks to disrupt patterns we may not even be aware of, but which unconsciously undermine true equality. 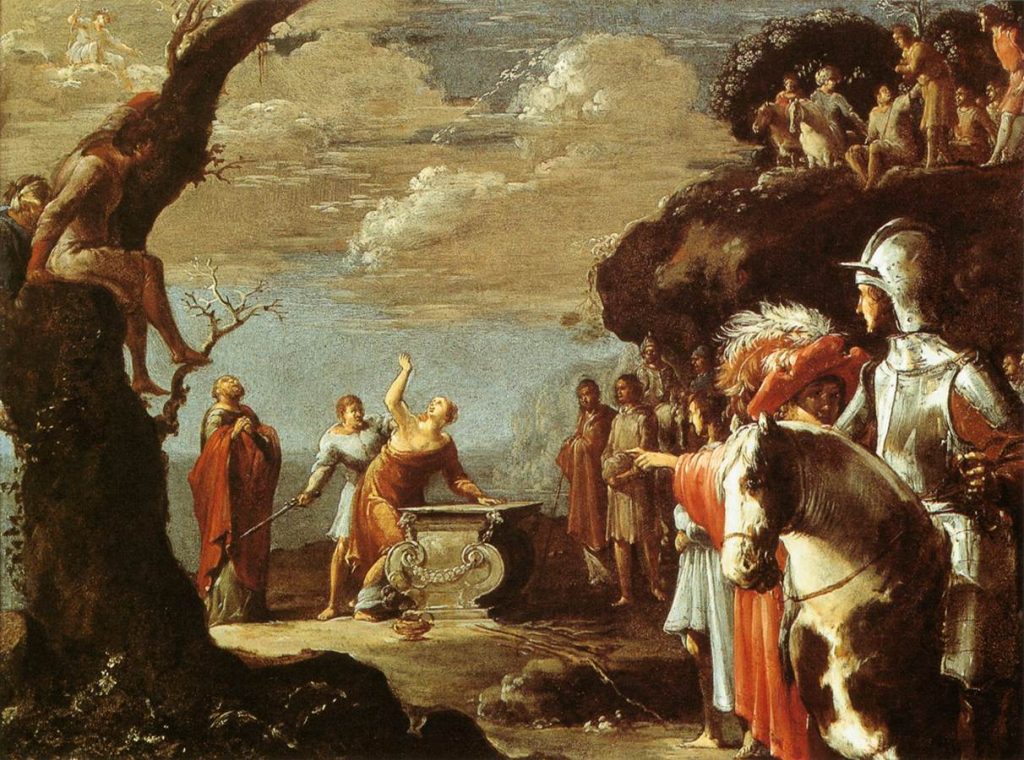 Looking at the Western Dramatic Canon—from Sophocles to Shakespeare to Eugene O’Neill, we see a lot of the same storytelling patterns: male characters far outnumber female characters, women’s roles often lack agency, or women are defined by their relationships to men. These are obviously unacceptable conditions for our art form to linger in, but the Feminist critique doesn’t end there.

The canonical stories tend to reinforce patriarchal attitudes and assumptions. As Ellen Donkin and Susan Clement describe in their book, Upstaging Big Daddy, we inevitably encounter a conflict where a paternal figure rises up—he may be attractive, compelling, but he is utterly disabling to the female characters, and perhaps to the younger males. That conflict begs for resolution, and most often it is a woman—a daughter or a mother who becomes the sacrifice to abate that conflict. Her submission seems the key ingredient to the world returning to some stability. It is the perennial ritual of the Patriarchy playing out again and again, training us, filling us with despair.

Feminist Drama disrupts such patterns. First, it gives focus to women and their lives, even as the male-dominated world seeks to narrow and define those lives. It emphasizes women having needs independent of the men in their lives. It allows women their agency, even if within narrowed societal parameters. Wonder Woman is not the norm; a feminist play will show women more as they are, and less as a projection of male perception or fantasy. These women are resilient, despite setbacks, and they are freed to disrupt the oppressive cycles in their lives. They do not sacrifice themselves to re-establish stability for men. In all these regards, Li’l Bit is a Feminist character.

Beyond character, the method of plotting in the Canon is often highly gendered. Traditional story form reflects male psychology. Plots are probing, flaring up with interpersonal conflict, forcing change, pressing sprawling life into a line with a clear beginning and end. The climax is singular, all-encompassing, and followed by a quick denouement. How I Learned to Drive reflects Feminist Drama’s frequent use of non-chronological, episodic plots. Relationships are highlighted and conflict is often intrapersonal—that is, within oneself.

Feminist directors and writers often bring their revitalizing subversiveness directly to the Canon. PlayMakers audiences saw a marvelous example of this with the 2017 production of My Fair Lady. Not a word was altered, but some bold staging and character choices reoriented the play’s center point from Higgins to Eliza. 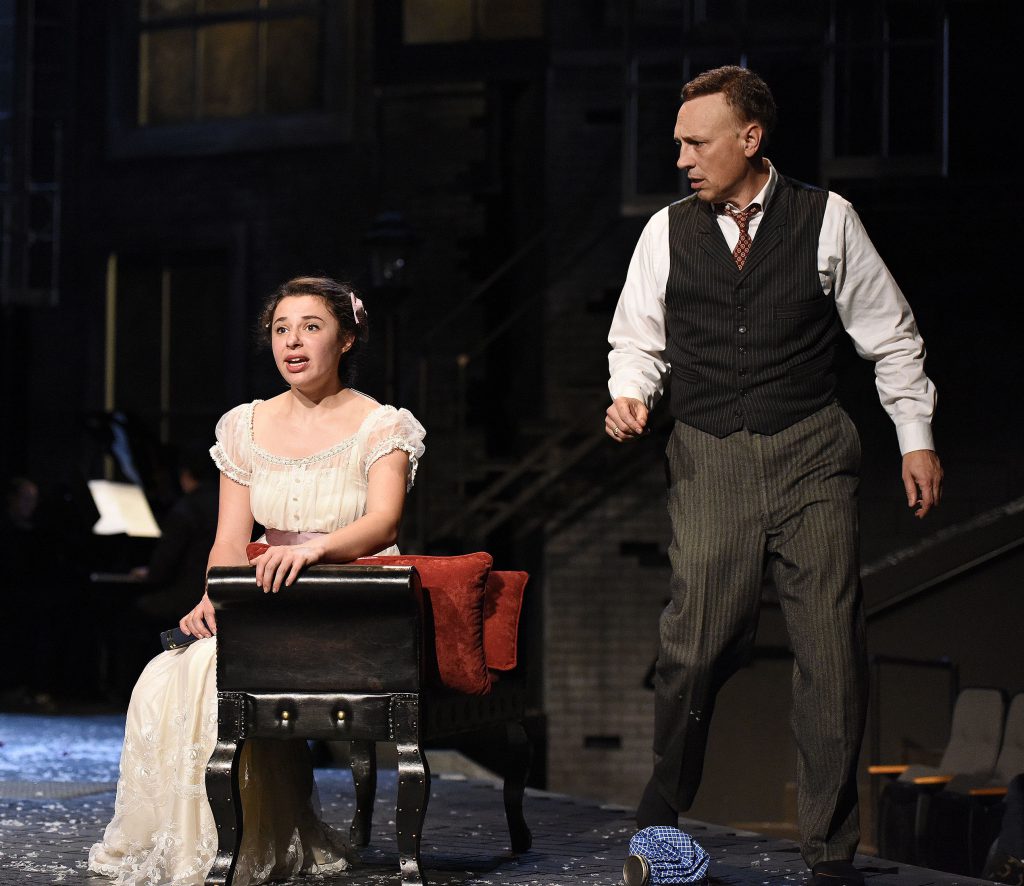 In like manner, How I Learned to Drive is Paula Vogel’s reimagination of Vladimir Nabokov’s Lolita. In no way should we imagine this impulse as mean-spirited or essentially an act of deconstruction. Vogel describes being “astonished” when she first read the novel. “I just wanted to know what it would feel like to write Lolita from Lolita’s point of view.”

A new point of view

Seeing clearly means we see what we can control and what we can’t. We can’t control what is forced upon us. Agency arises with learning to respond. Also, female agency does not just mean the power to do the right thing. It means the choice to do the right thing or the wrong thing, or the thing we may not know yet if it’s right or wrong.

To put a fine point on it: In a Feminist play, women have or gain the power to: disrupt the patterns of dysfunction and dependence in their lives or perpetuate them; subvert the roles afforded to women in society or seek comfort in them; speak out in truth or hide it away; transcend the injury inflicted on them because of their sex or hold on to the hurt.

As you consider this play, witness how Paula Vogel has created—in her universal family—female characters that run the gamut. Their choices and actions seem to define the consequences of the world of the play more than the oblivious chauvinism of “Big Papa.” At the center is Li’l Bit, who today is deciding to come forward and tell us her story.

Oh, and Peck… Funny, I’ve managed to get this far into the program notes without writing about one of the fascinating characters of contemporary drama. Perhaps a lifetime of focus on male characters will prepare you to understand his complexity. Perhaps you will be surprised how you have the capacity to identify with him because of this playwrights’ extraordinary empathy, which is wide open like a highway to a better place. If not, and if you choose to see him simply as a villain, a perpetrator, a molester, a pedophile who grooms children for the conquering, you have the power to do that, too.

Mark Perry is a Resident Dramaturg for PlayMakers Repertory Company. Come along with us for How I Learned to Drive, on stage April 3–21.