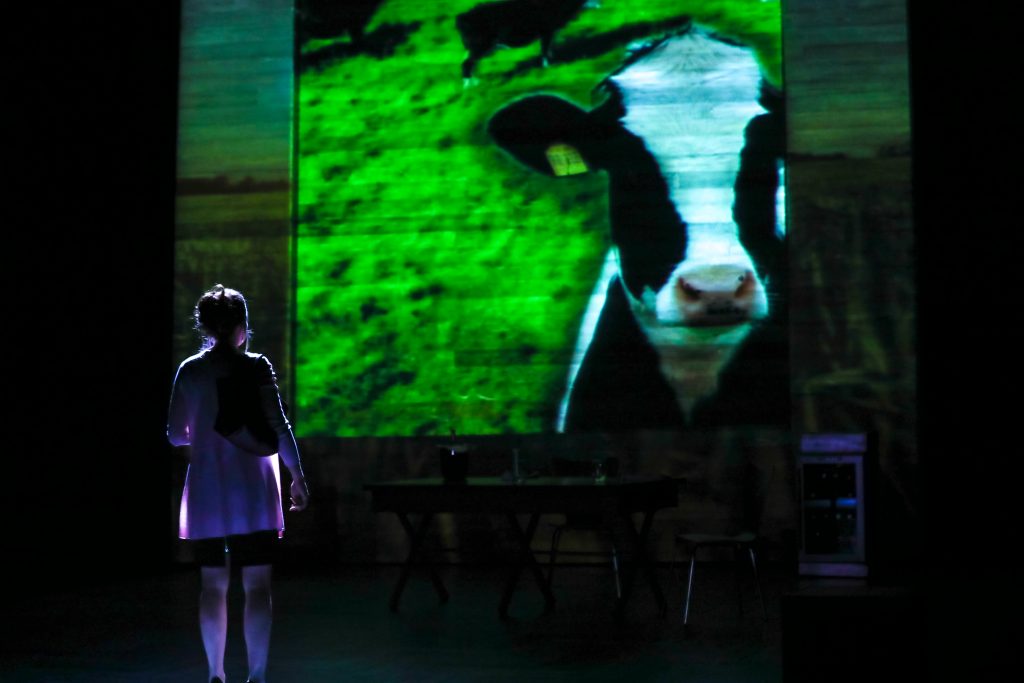 PlayMakers is proud to present the world premiere of Heidi Armbruster’s Dairyland, which takes us on Allie’s journey as a food writer entangled in the hustle and bustle of New York City to her father’s dairy farm in Wisconsin.

In a recent interview, Director Vivienne Benesch described the work as being centered around the theme of birth—the birth of a restored relationship between father and daughter, spurred by the literal birth of a calf.

“Birth has a lot to do with it: the labor of birthing something, and the labor of love, and all the mixed emotions of love that come in and around that are very complex,” Vivienne said.

The process of bringing the work to life on stage, according to Vivienne and the cast and crew, is also, in a sense, a birth of its own.

“You’re a doula. You’re the midwife,” actress Claire Karpen (Allie) said of the new play process. “The director has this idea that is their baby, and your job is to help them birth their baby into the world and raise it a little. Get it on its feet so it can work.” 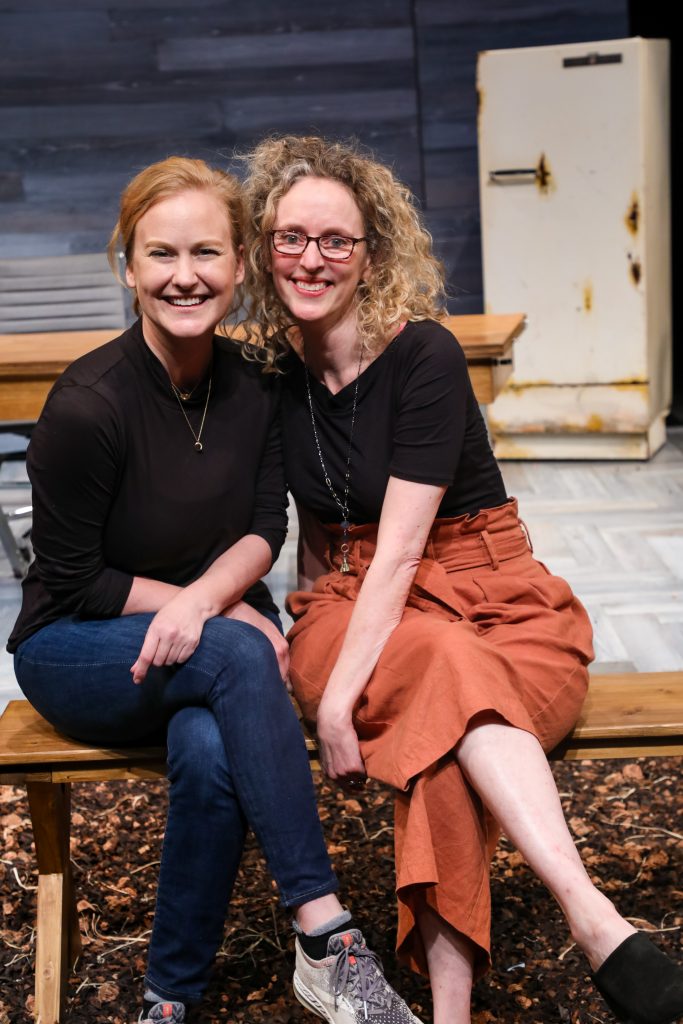 “We did a workshop, our very first play, and I sort of fell in love with it,” Vivienne said. “We have made a commitment to developing new work and this will be our seventh world premiere since I’ve gotten here.”

Unlike classic plays that have been copyrighted and have little to no wiggle-room for improvisation and modification, new plays are often still in development almost up until opening night. Heidi, like many up-and-coming playwrights, has been present to help rework and see through the creative process.

“Heidi and Viv, as sort of leading the process, have been incredibly on the same page about making this show the best it can be,” Claire said. “Heidi has been very generous and flexible, and not precious about her writing. She is very, very quick.”

“I always feel like if the play were a bit of sculpture, it’s like the shape is there and we’re trying to hone it and reveal its shape more and more.”
Claire Karpen, “Allie”

Heidi has described the play as being “autobiography-adjacent”—not completely autobiographical, but based on her hometown and relationship with her father, as well as her journey to the Big Apple. Emily Bosco, who plays several different characters in Dairyland, said that there are certain parts of the play that are frequently revisited and workshopped to help the performers settle more into the role. 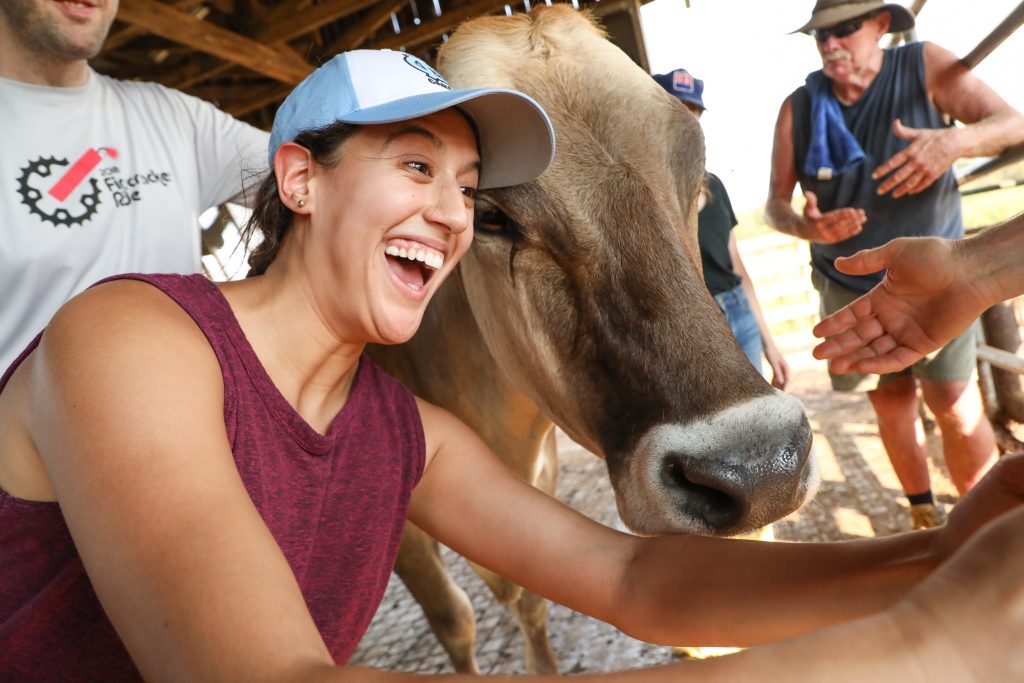 “I feel like so much honing and digging in and getting more specific about the moment has actually made it feel more universal, to the point that it feels like it’s gone from supe- autobiographical to this other thing that we sort of all own in a way. It’s not just her story, but one that everyone can relate to.”

Claire agreed, saying that although she doesn’t share the exact same experience as her character, the interactions that Allie has with her coworkers and father are highly relatable and make finding herself in the character easier.

“It’s not daunting to be doing it in front of the person who sort of lived it because she’s writing stuff that is specific to her, but has universal implications. You get it,” Claire said. “You’re like, ‘Oh yes, I’ve had that fight with my parent,’ or ‘I’ve had that bad date.’ There’s something about it that’s relatable.”

Claire said that sometimes, however, actors have to learn how to find themselves in their character without having the playwright work with them.

“Part of the fun of acting, and directing and designing, is that you get to crack the moment without them rewriting it,” Karpen said. “It’s your job to make it make the most human sense and be the most entertaining, and be the most compelling—the most real.” 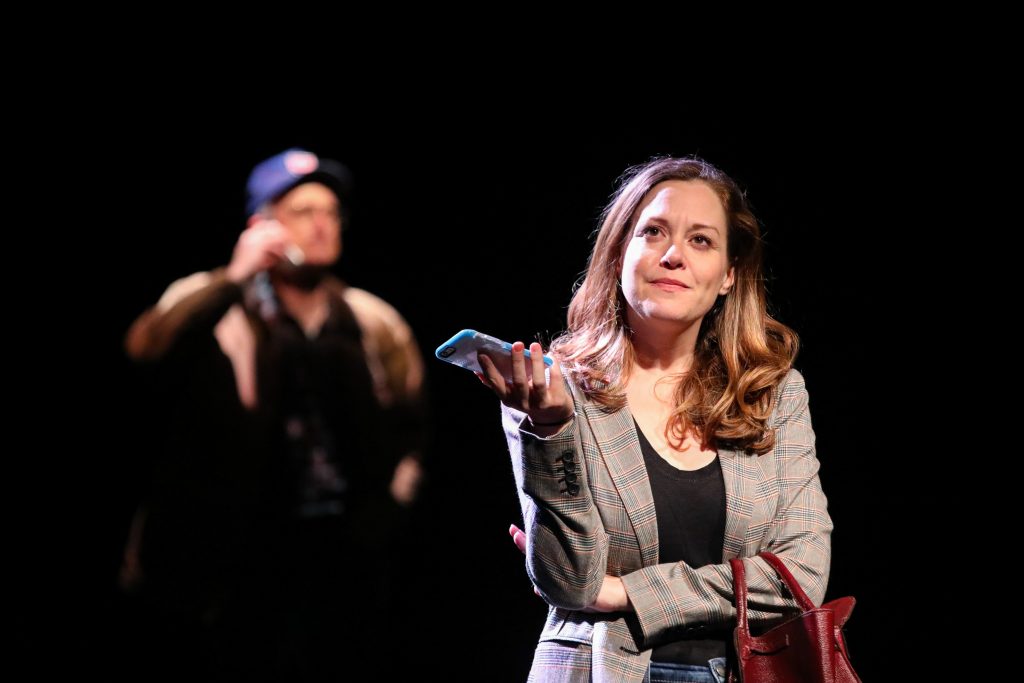