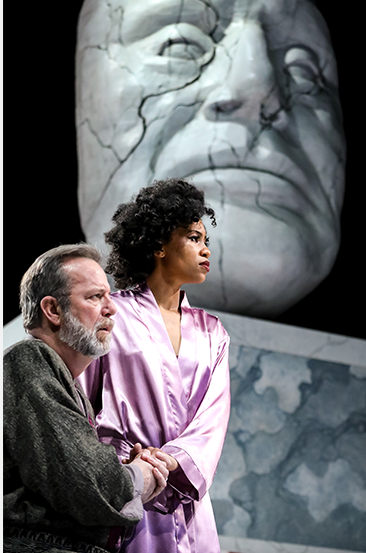 Take a walk on UNC’s campus and you’ll notice Roman architecture in the Old Well, Wilson Library, and many academic buildings. Take a look at humanity’s most notable (and infamous) leaders and you’ll see the same drive for power, immortality, or eternal glory.

To director Andrew Borba, the world of Shakespeare’s Julius Caesar may not be as aged and foreign as one might think.

“Every time somebody does this play, it always feels timely, because we’re always asking questions of our leaders,” Borba said in an interview with The Daily Tar Heel.

“It brings a level of authenticity to the room that is absolutely alive.” Andrew Borba

Borba has a stacked “Shakespearean” resume. He’s spent the past 12 seasons as Artistic Director of The Chautauqua Theatre Company, where he spent 12 seasons and is now also now an Associate Professor of Acting at the University of California Irvine, specializing in advanced acting and Shakespeare. He’s acted in, directed, and won several awards for many Shakespeare productions across the country.

Borba says Julius Caesar sheds light into the cause and effect of humanity’s inflated ego, how the quest for power and disruptive, drastic change are not mutually exclusive.

“I think the play is saying that, if it’s time for revolution, you cannot have revolution without sullying your hands in that revolution,” Borba says. “It doesn’t necessarily come down to better or worse, but it’s saying there’s a cost to this. There’s a human cost, a very personal cost to this.”

“We’re thinking about the attempt to aggrandize and immortalize ourselves,” Borba says. “No matter what, we will all be reduced to dust. We understand that the sands of time will ultimately erase that.” 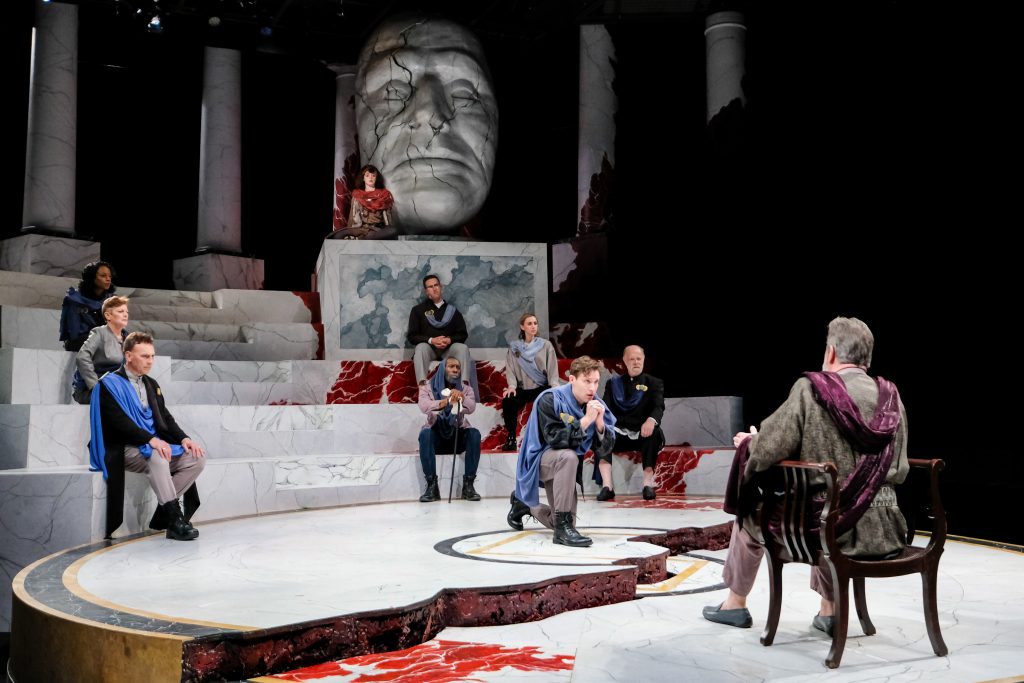 To Borba, these are the pillars of Shakespeare’s timeless work. An insistence on presenting a play as complex as Julius Caesar with one-to-one correspondences to our own situation would diminish the weight the original. “Old-fashioned” Shakespeare holds its own.

“We don’t want to step so fully into the contemporary where we do as other people have: tyrant equals Trump, equals Caesar,” Borba said. “It’s too reductive and quite frankly, we wouldn’t have a reason to do the second half of the play.”

Borba says he wants audiences to realize the coexistence between Shakespeare’s story of one nation’s fall from grace and our own.

“We may be trying to join forces to conquer the world, as Caesar was. And at the same time, he’s going deaf, he doesn’t have an heir, he’s best friends with some people, he does favors for others who may turn their backs on him,” Borba says. “It’s so personal in every single moment, just like it is in our everyday life.”