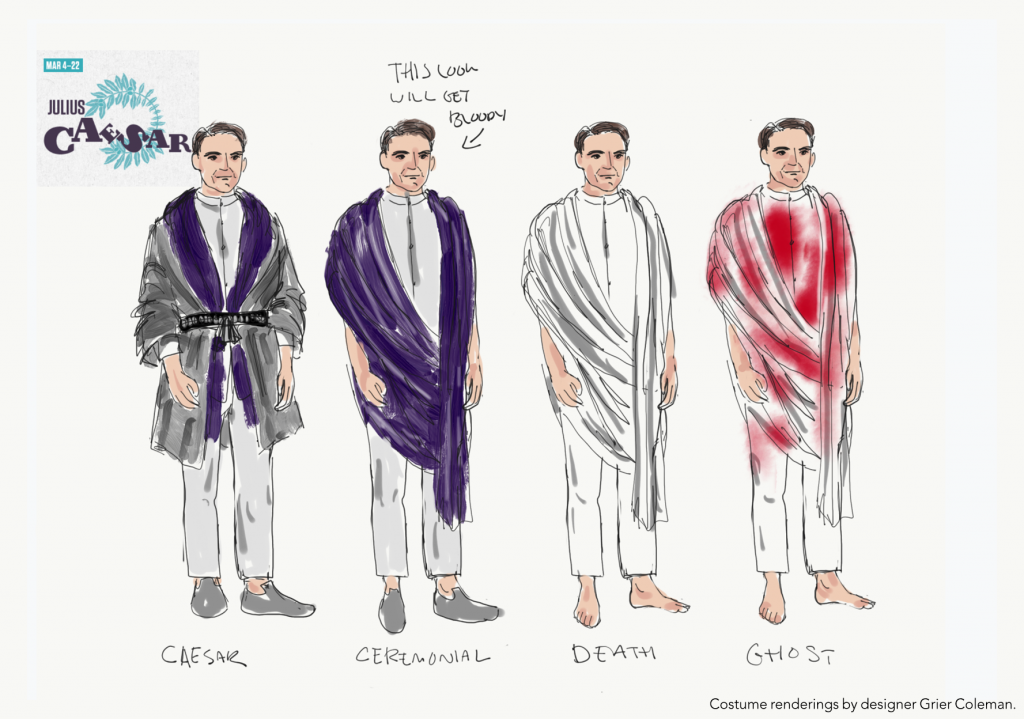 Once the props department has formulated the correct recipe for our bloody endeavors in Julius Caesar, it’s time to pass the baton (or dagger, perhaps?) to the costume production staff.

Jennifer Bayang is the Assistant Costume Director for PlayMakers and one the conductors of the many moving pieces in the costume shop. Bayang’s office sits to the side of a room filled with the low hum of washing machines, percussive rhythms from industrial sewing machines, and often a pensive silence that comes with multiple people focused on precise needlework.

For the costume department, the matter of blood is a matter of tracking. Bayang and her team—about 30 people, including an assistant to the designer, wig experts, costume crafts artisans, drapers, first-hands, stitchers, and wardrobe run crew—must keep track of who needs blood when in order to properly construct and maintain the costumes.

Now that we’re past the halfway point of the rehearsal period, enough decisions have been made about who gets bloodied and how, so the costume department is able to properly make space for blood packs, send fabrics to props for testing, and strategically give certain actors costumes that can be easily laundered. 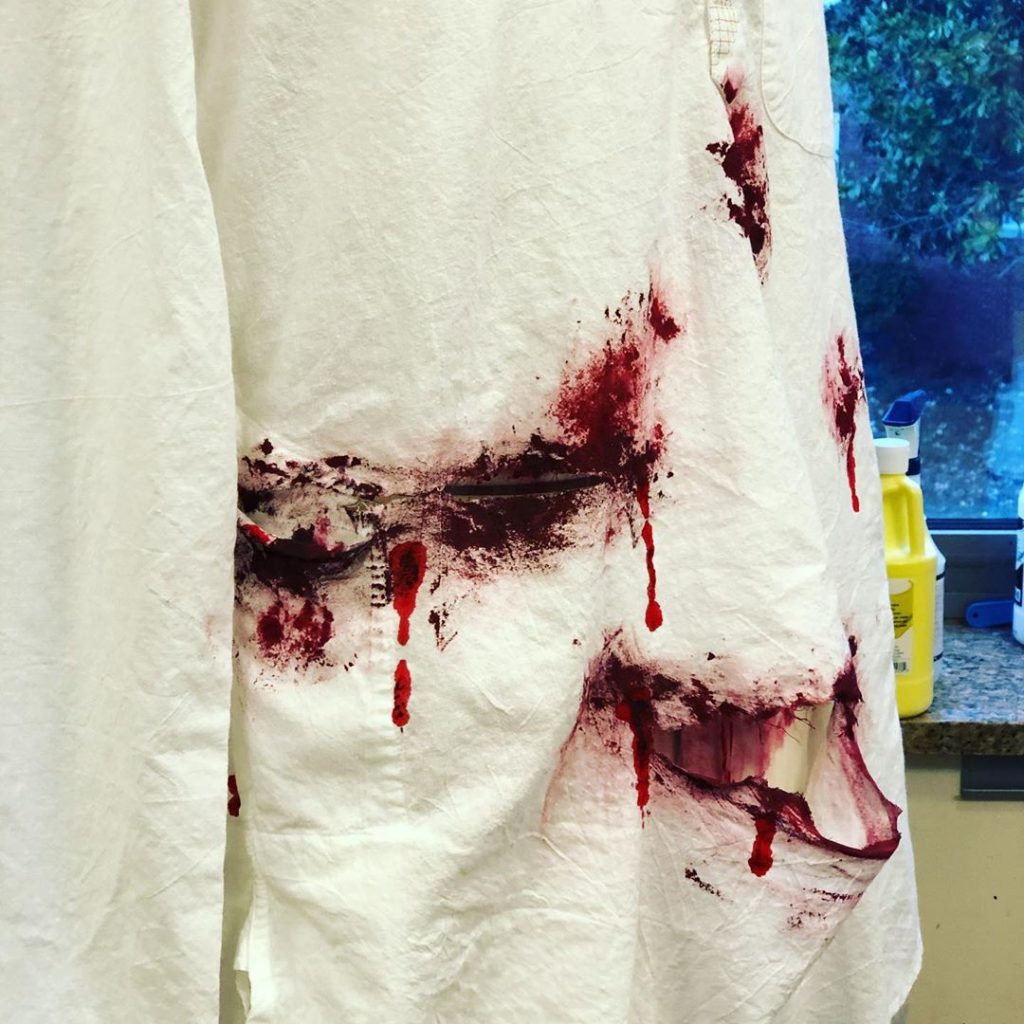 Running six shows a week, and sometimes two in one day, means laundry is a major part of Bayang’s consideration. Thanks to the props department testing different recipes, the costume department knows the washability of the stage blood and can properly orchestrate both the mid-show and between-show laundering of costumes.

This past week brought the designer run of the show. This key run-through is the first time the designers and technical production staff get to see the show acted out in its entirety. For costumes, it lets them track actors’s entrances and exits, get associated with the tempo of the production, and develop an even stronger sense of the creative direction of the show itself.

With the Ides of March almost upon us, Bayang and her staff are perfecting the way they make the actors appear both bloody and clean in anticipation of opening night. The ability to get blood on and off both the actors and the stage itself is a true team effort across all departments. Much like Caesar’s senators, this passionate group knows how to get the job done.

Come see this theatre magic come to life (and death) at Julius Caesar from March 4th to March 22nd. Get your tickets today.