PlayMakers is one of only a very few repertory companies remaining in a country that was once chock full of them. Since the 1850s, almost all of the nation’s 75 regional theatres have moved to the line production model, which requires hiring and housing a different set of directors, designers, actors, and production personnel on a show-by-show basis.

In contrast, the repertory has been a model of making theatre in which a resident acting company rehearses during the day and performs a rotating repertoire of shows each night. Historically this meant theatres would hire a company of around seven actors who could fill “stock roles.” They would keep a number of plays at the ready and often present often a different one each night of the week, supplemented by the preparation and rehearsal of new plays during the day.

Talented rep companies could have dozens of shows in their repertoire, keeping sets in storage, ready at a moments’ notice for a change in the interest of the company’s artistic director or the appetites of the audience.

What Repertory Means at PlayMakers

Here at PlayMakers, we consider the talent of our resident company of actors and other theatre professionals as the base for producing a season full of both newly imagined classics and plays hot off the presses. The company is key.

Our diverse resident acting company turns the idea of “stock” characters on its head as we work with UNC’s Department of Dramatic Art to prepare any actor to take on any role. Our six veteran actors lead the company and serve as faculty in the Department, while thirteen young professionals in UNC’s Professional Actor Training Program round them out. We get to choose our season around their abilities and interests, even pre-casting some roles two years in advance.

We also employ resident designers, artisans, dramaturgs, and production personnel, all of whom perform double duty as faculty or graduate students. So each season is also filled with shows that serve these incredible theatrical professionals by presenting them with a wide scope of settings to play with: from realism to impressionism, regency chic to the fashion-of-the-week, intricate woodworking to towering scaffolds of iron.

Why This is Awesome

This is why former Artistic Director Joseph Haj called PlayMakers a sort of “teaching hospital” for professional theatre artists in training. Top professionals from all corners of the theatrical apparatus come here to make great work in our community, including the likes of Tyne Rafaeli, Annie Golden, Jennifer Caprio, and Tim Mackabee as guest artists. This ensures that each production is as vital as can be without losing a grounded sense of community. 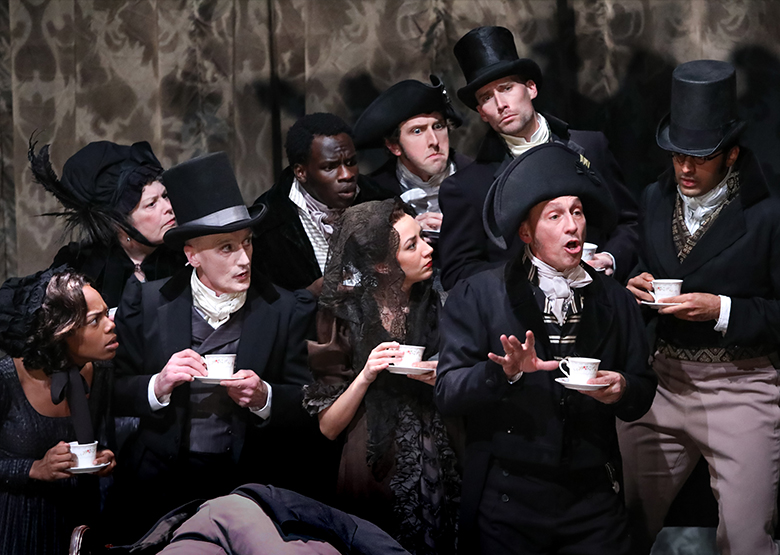 But the greatest advantage of our repertory model is that our resident company gets to work together continuously, leading to deeper relationships and “more theatrical, delightful, provocative, and inspiring theatre.” Our commitment to being a company of play-makers who live and work right here in the Triangle also means creating theatre that is specific to the community we serve—a continuous re-investigation of our shared interests and concerns.

A big part of this continuous re-investigation is the other meaning of “repertory.” In the next installment of this blog series, we’ll explore what the “rotating repertory” means here at PlayMakers.