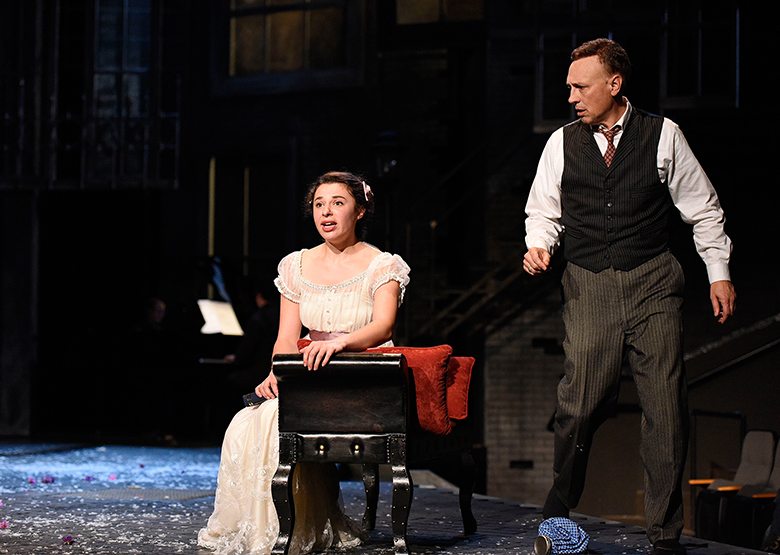 My Fair Lady has arrived PlayMakers, but don’t expect a carbon copy of the 1964 film with Audrey Hepburn and Rex Harrison. Director Tyne Rafaeli has brought a fresh, contemporary approach to the classic. This PlayMakers’ production seeks to delve into the more organic relationships between characters and the world around them in a way that is relevant to modern audiences—protagonists Eliza Doolittle and Professor Henry Higgins both embody themes of personal transformation, gender politics, and fulfilling purpose.

“Tyne made that connection to how much HAVE things actually changed? It really does bring out the relevance and contemporary nature of a story about Eliza figuring out who she is in the world… and how she can grow.”
Jenny Wales, Director of Education & Outreach

Mia Pinero, cast as Eliza Doolittle, noted that, in this production especially, characters like Eliza and Professor Higgins are captured as more than just characters, but as true humans. Throughout the rehearsal process, Rafaeli emphasized that the musical pieces in the show aren’t there just for fun. In order to be compelling, they must be rooted in a real need, with the characters’ situations as the driving force behind the song. “Tyne is always demanding, ‘What is going on in this moment? What does it actually feel like to not have food? Or warmth? And how how are you going to translate that to the audience?'” said Pinero. 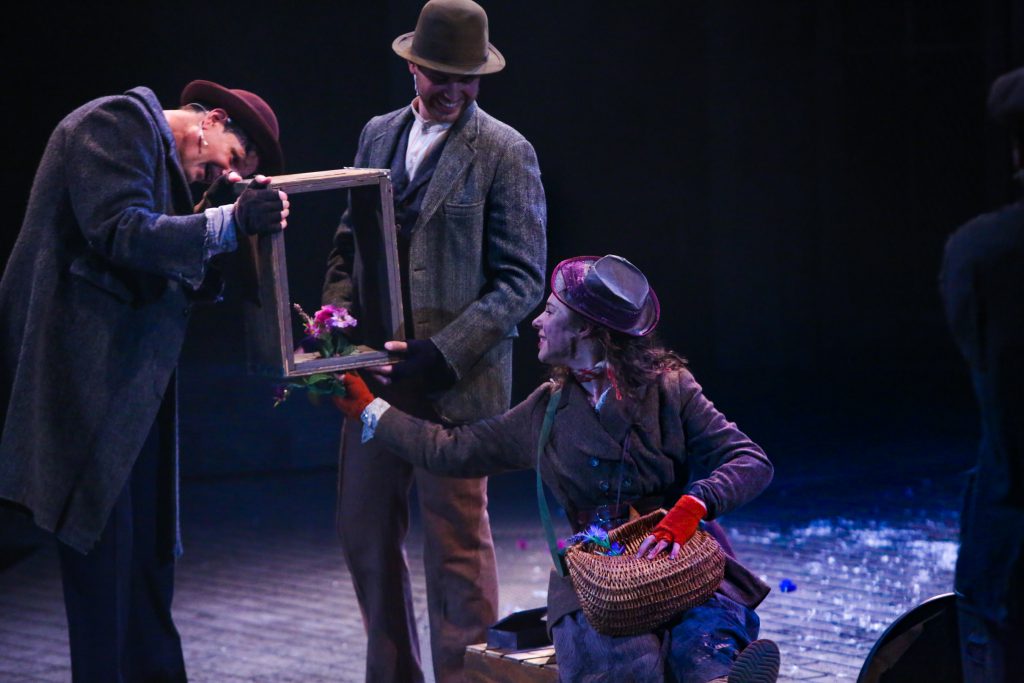 However, the process of bringing Rafaeli’s extremely focused vision to life is not always easy. Jeffrey Blair Cornell, this production’s Henry Higgins, recalled a day well into rehearsal and the set-building process when Rafaeli came to the realization that a significant set piece didn’t actually belong anymore. Though decisions like that can be financially, physically, and emotionally difficult, everyone at PlayMakers is focused on what is best for the production. Set design, lighting, and all other aspects of the performance aren’t grandiose to highlight the company’s ability, but must always be used in the best way to tell the story.

“If it gets in the way of the story you want to tell, it has to go. Keeping it a little leaner, a little meaner—a little more contained and more coiled—will ultimately pay huge benefits when you hear a voice or see how a set is used to tell a particular story.”
Actor Jeffrey Blair Cornell

Even the PlayMakers stage itself is a consideration in the storytelling. Many directors might be tempted to consider the thrust stage of the Paul Green Theatre a problem for the staging of an iconic musical which is hardly ever produced on stage other than a classic proscenium. But not Rafaeli. In a show where the transformative power of intimacy is a central theme, the nature of the thrust stage (and its proximity to the audience) instead becomes a boon, making interactions between characters seem more intimate and authentic. 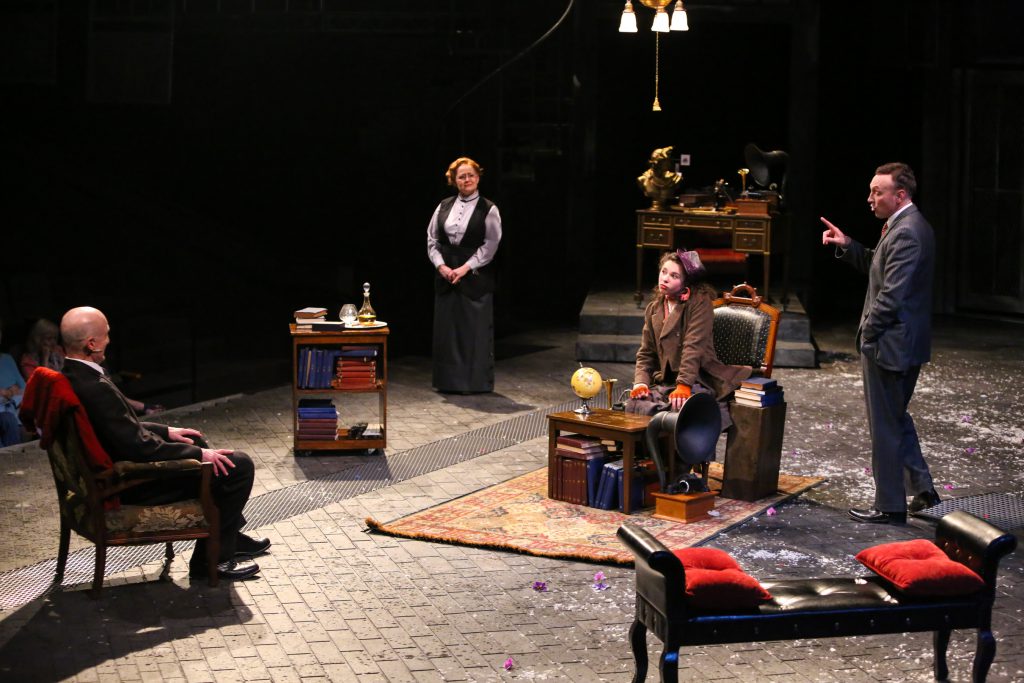 “I really enjoy the thrust because the way you interact with fellow actors is very organic,” said Pinero. “When you’re in a proscenium you have to be very aware of being face-front. Even if you’re talking to someone, you need to be opened up to the audience. But in the thrust, I can turn directly to Jeff. And we can have an intimate moment that feels organic. Maybe one side will see my back that moment, but they get to see his face and the other side sees my face. It feels more lifelike; it feels like we can be in the moment.”

It definitely has its challenges, but I think at the end of the day you get a much more intimate experience and it allows performing on that stage to feel much more authentic.
Actress Mia Pinero