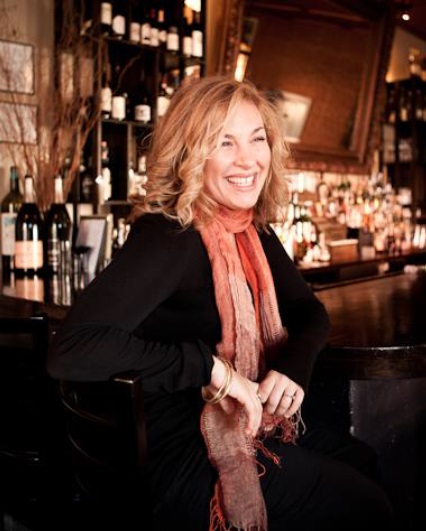 The following is the transcript of an interview with playwright Molly Smith Metzler about writing The May Queen. 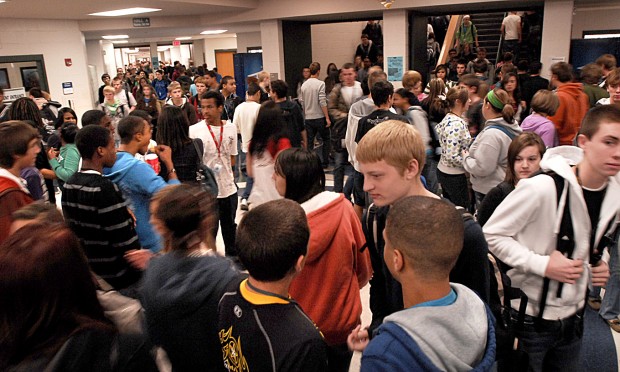 Unforgettable: The Lasting Impact of our Teen Years

“When you get to be our age,” the late novelist Kurt Vonnegut once noted, “you all of a sudden realize that you are being ruled by people you went to high school with. You all of a sudden catch on that life is nothing but high school – class officers, cheerleaders, and all.” Is it true? Are we doomed to live the lives we created for ourselves in high school? 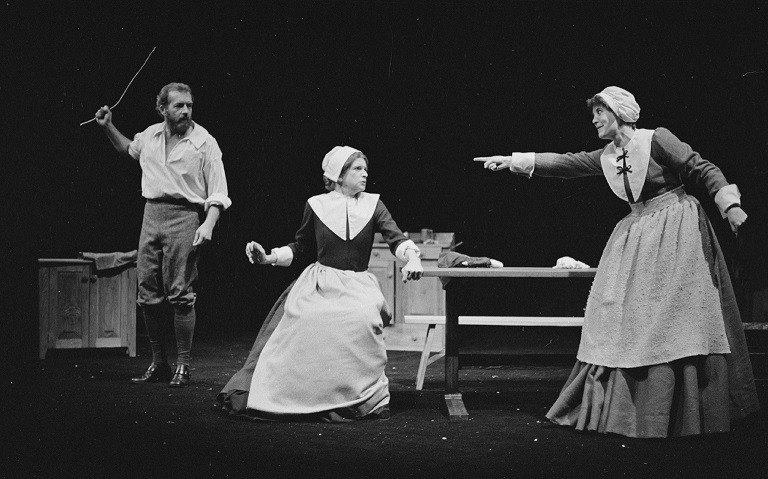 The Crucible Now and Then: The 40th Anniversary

PlayMakers’ 1977 production of The Crucible gripped audiences then—and still, 40 years later, the play resonates with audiences now more than ever. PlayMakers’ very own David Adamson has actually worked on both productions, as has Mark Phialas. Each of them gave us insight on how the productions compare and contrast with one another, and how The Crucible has managed to retain its vibrancy and relevance throughout the years. 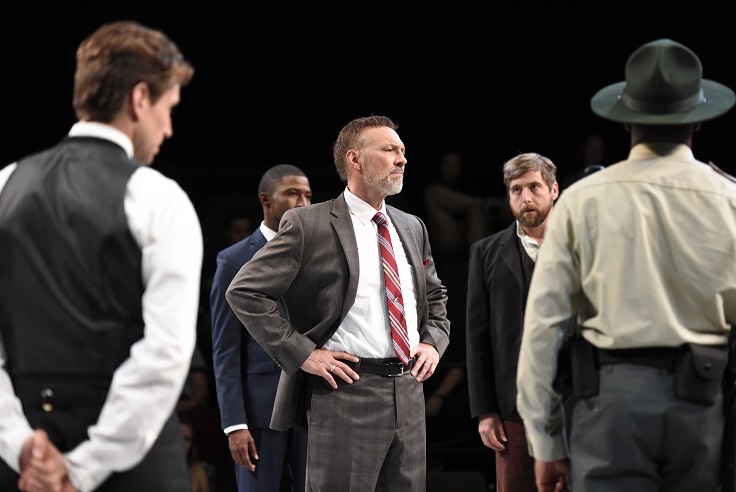 The company, cast and crew are tight — it feels good to play this play. These days, it even feels like a responsibility! The audience response has been all we’d hoped for…They continue to tell us what the play is, every night. It’s an honor, a privilege, to make this play every night WITH them…(I can’t emphasize enough how much we NEED that audience presence, that participation that truly makes the event happen!) 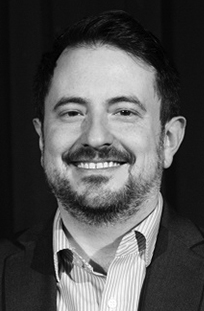 Bringing After Orlando to the Triangle

When Producing Artistic Director Vivienne Benesch mentioned to me the possibility of PlayMakers Repertory Company participating in the After Orlando project – which has gained national and international recognition – I felt that it was great opportunity for PlayMakers to show its support for the LGBTQ community. It was also a perfect way to engage with area theater companies, building partnerships with other artistic leaders in the Triangle as fitting of my (relatively new) post as Associate Artistic Director. 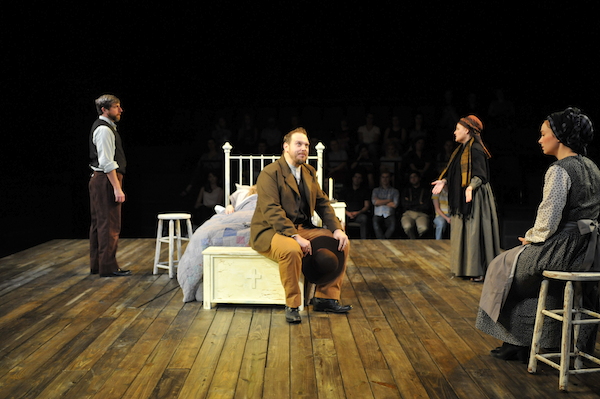 The Crucible In-the-Round with Narelle Sissons

It’s a good thing set designer Narelle Sissons is up for the challenge! PlayMakers’ production of Arthur Miller’s The Crucible is seated “in-the-round,” a diversion from the Paul Green Theatre’s usual three-sided thrust stage. 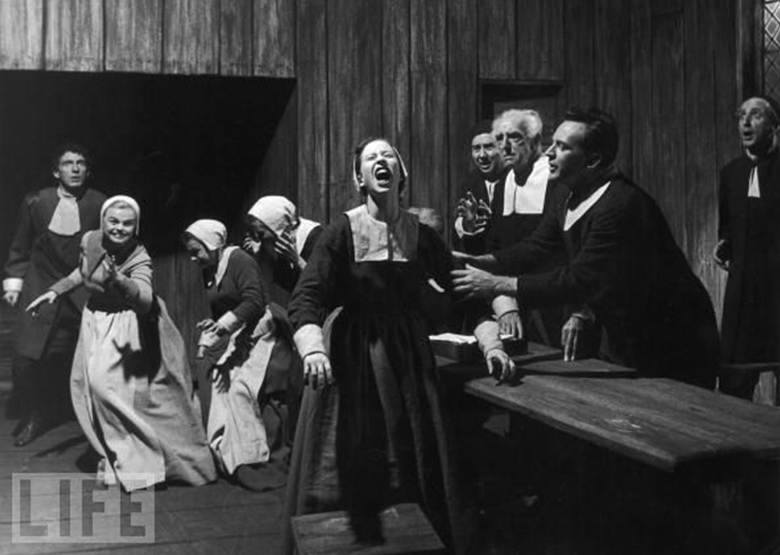 Salem, McCarthy, and the Spectre of Mass Hysteria

By Mark Perry, dramaturg
In a 1960 interview, playwright Arthur Miller described his motive in writing The Crucible as follows:
“It was an attempt … to say that one couldn’t passively sit back and watch the world being destroyed under him, even if he did share the general guilt … I was calling for an act of will. I was trying to say that injustice has features …” 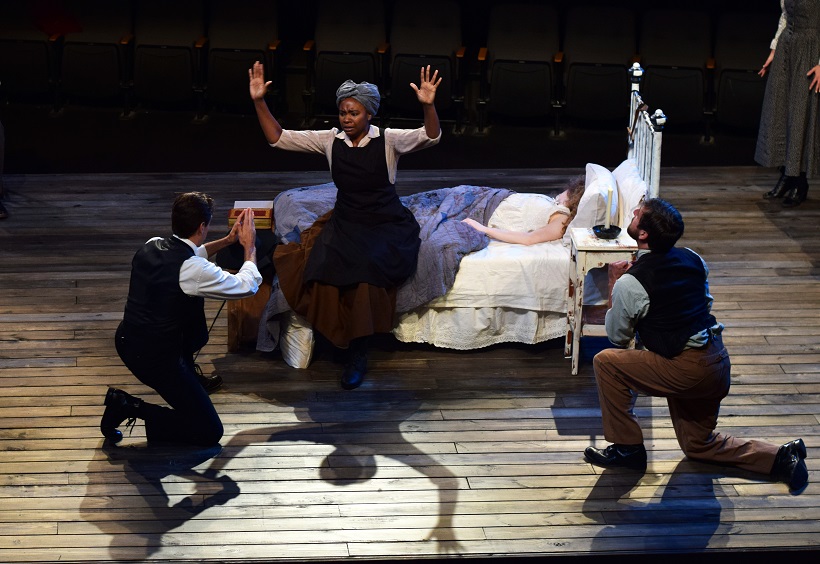 Some unsettling things have come up as we’ve been rehearsing… Plays are, of course, always about more than the specific story that happens… So, while adolsecent girls in the play experiment with dancing in the woods and thinking about love (and sex), the grown-ups are searching desperately for the cause of a mysterious illness that seems to be striking them… And there’s fear in that search. 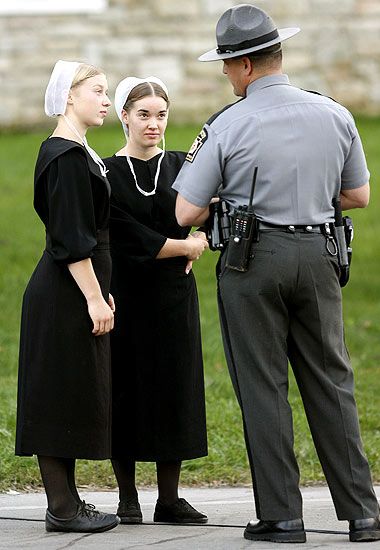 Timelessness Through Design with Grier Coleman

Although Arthur Miller’s The Crucible takes place in the late 17th century, no theatrical element can bring the play to life in a new, redesigned perspective more clearly than Grier Coleman’s costume design. As soon as the lights up come, our audience will realize, as Grier puts it, “This isn’t your grandmother’s Crucible!” 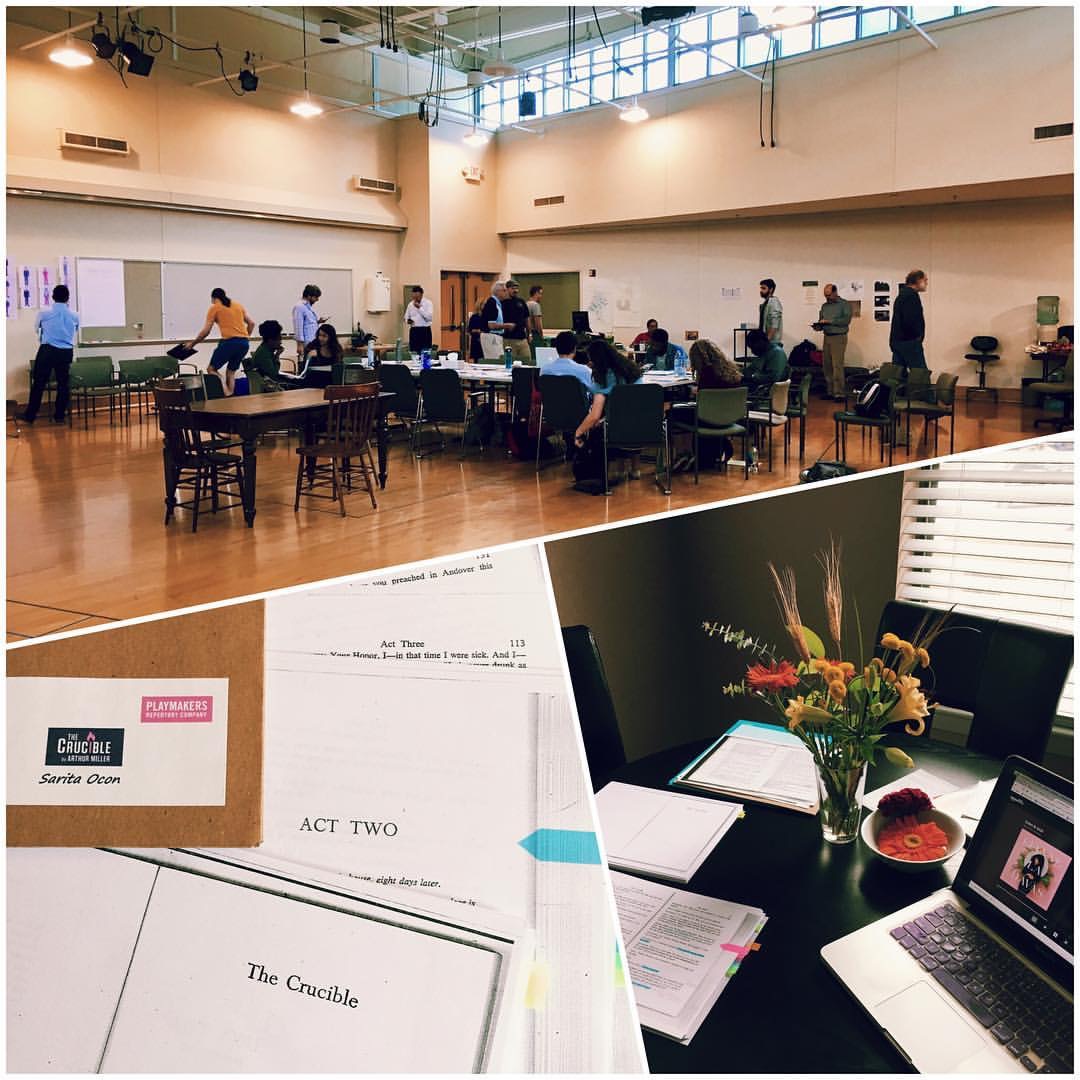 This week we had a our first “stumble-through” with the first-pass at the staging…Exciting, but “miles to go before we sleep…”